Today, I threw my best friend Arlene a bridal shower and because she’s Jamaican, we decided on a tropical theme for the menu. Before I show you the menu all written down, let’s peek at the table! 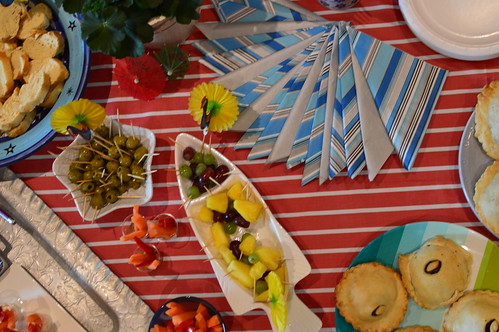 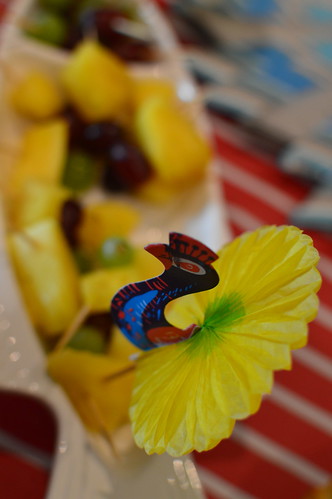 With guests having varied allergies and dietary restrictions, we carefully chose vegan, vegetarian, and fully loaded foods for the menu. Here are a few highlights of the menu then I’ll share the Jamaican Beef Patty (like a hand pie, pastry, or bierock).

The Arlene was amazing and I wish I had a photo because the girls who made it arrived and it was in one of those fabulous glass jugs with the spout. They followed THIS recipe to make it.

The Fintan cocktail was a pitcher with two litres ginger ale and 10 ounces lime juice blended. Adding a little lime zest added a nice fresh kick to that.

The veggies with dip were served individually in little shot glasses. Ranch dip for most of us and Italian (Paul Newman’s from a bottle) for the dairy-free and vegan guests.

Sliced baguette with dips/spread were simple. I toasted the sliced baguette in the oven for about eight minutes to make them crunchy so they could help up to the toppings. Hummus, guacamole, and a couple others were served. I bought them all ready-made to make the preparation easier.

Vegan sausages from Dee’s Wholefoods were perfect with this menu because it was tasty on its own or with a little Italian dressing. 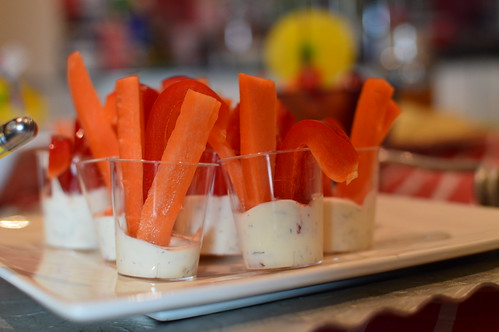 Jamaican beef mini pies were the highlight because they were made mostly from scratch by the bride-to-be and me. The patty itself is more like a Cornish pasty, Nebraska bierock/runza, or Hot Pocket, but with distinctive comforting flavours like Shepherd’s Pie. Here is the recipe, which made eight hand pies:

Note: If you like a little heat, stir in a few dashes of Tabasco or a chopped hot pepper when cooking the beef. 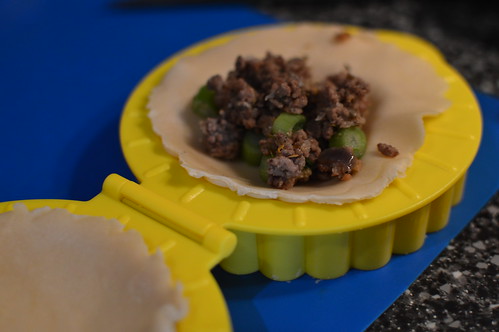 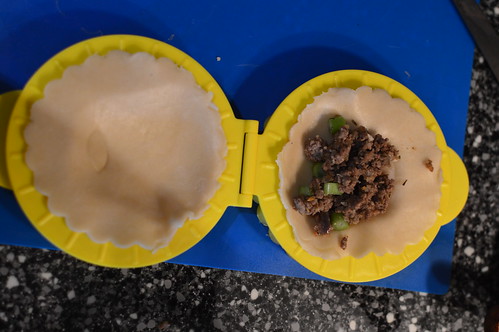 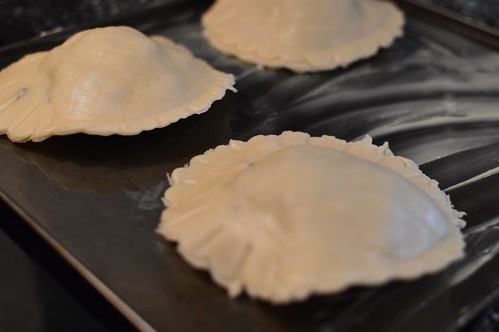 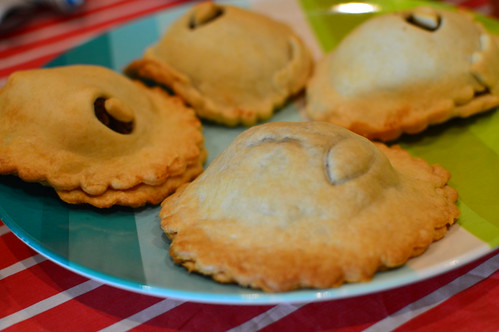 They were a resounding success and enjoyed by all. There were no half-eaten pies at this party. There were three leftover, but they were demolished within a few hours. I’ll definitely make these again. 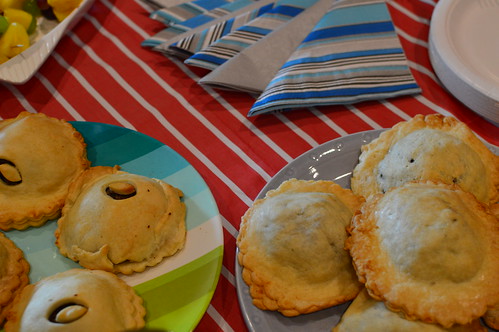 The entire spread was just enough food to enjoy seconds or thirds, but not so much to be wasteful or fill my fridge after. 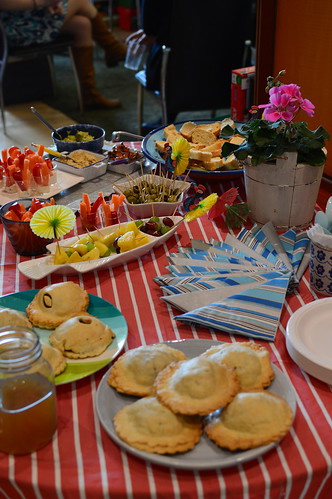 Of course, one last menu item is the traditional Jamaican Matrimony dessert. Yes, it’s actually called Matrimony! Perfect for a bridal shower, right? It is a very simple recipe which is being shared here as well, but without a photo because it was eaten too quickly.

Three oranges, with each section cut in half
Three mangos, peeled and chopped
Half can of mandarin orange segments
3/4 teaspoon ground nutmeg
Half can of condensed milk