Last year, I was inspired by the pattern Julie’s Highway Hat by Julie Thompson and some vehicle buttons given to me by a friend, so I set about adapting the concept to a hat with my own landscape applied. Though the hat I knit is similar to Julie’s original pattern, I knit mine with doubled up DK on larger needles and added a treeline. Otherwise, pretty much the same. Let’s take a look at my result, which I named Nothing Ever Happens on My Block (like the out-of-print classic children’s book 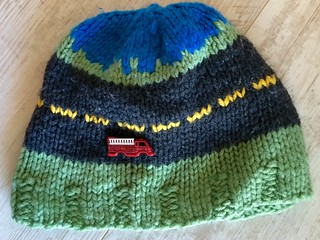 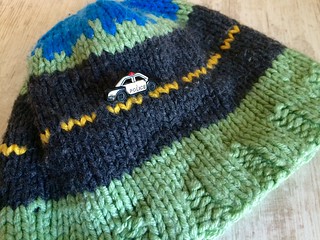 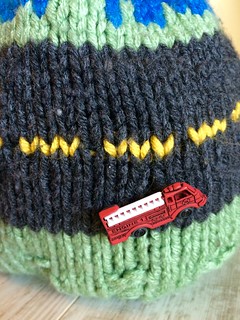 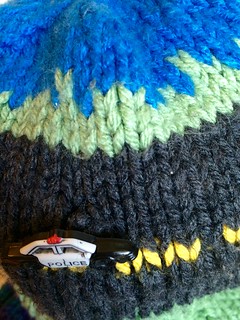 And now for some action shots… 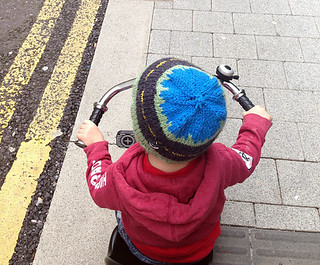 I like how it captures practicality but also is perfectly suited for a little man who adores all vehicles, from bikes and trikes to trucks and fire engines to diggers and police cars. It vaguely reminds of me the old Atari Frogger game.

Have you adapted a pattern to make it all your own style lately?