I recently felt inspired to sew LB a little nap-sized quilt of his very own. He got into the habit of carrying his full single bed duvet around home and it just made more sense for him to have a smaller blanket that was still warm, but not a big deal to wash (as opposed to removing a duvet cover and so on). The plan to make a little blanket fell into place thanks to two sale items so I could make a Quick-Sew Panel Quilt. I found a Jill McDonald Kids outer space fabric panel (available on Etsy too) at Cork Crafts in Paul Street Shopping Centre and a red fleece with airplanes at Vibes & Scribes on Bridge Street. The colors went well together and they’re soft and washable. Prewashed and ready to sew, I was looking forward to this project. I did not use any batting between the two layers since the fleece was rather thick on its own and this was meant to be a light layer. 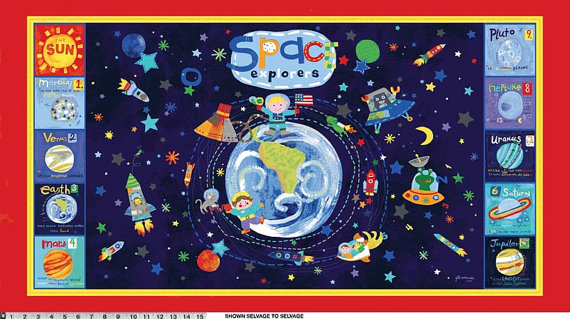 Once prewashed, I turned the right sides of each fabric to face one another and pinned it on all sides, leaving a four-inch opening in one end. I sewed around all edges, remove the pins, and turned the piece right-side-out. I then tucked the raw edges of the opening inside and sewed it together, following up with a stitch around the entire outer edge for a polished look. I then went up and down the side panel to the inside of the planet squares with a line of stitches. And to finish it off, I did freeform circular stitches over two of the orbit lines in the central design of the outer space panel. Overall, the project was simple and it took less than one hour (not including the prewash/dry time). 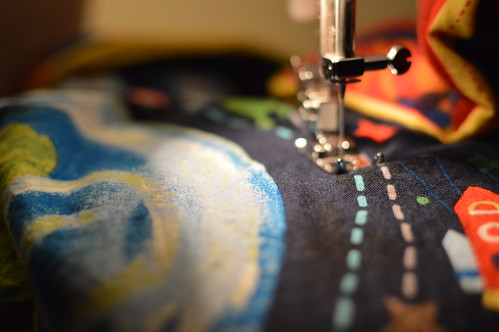 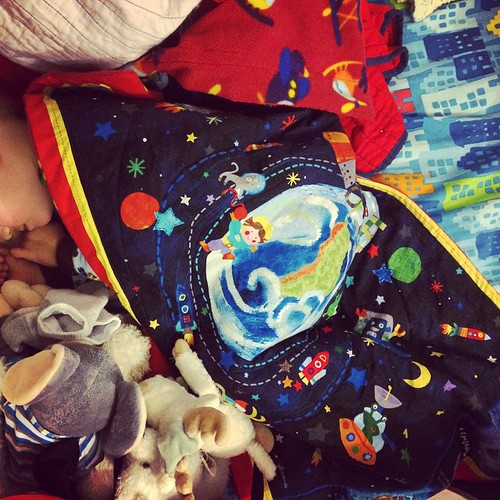 I suspect if his love of vehicles, rockets, and space continues, we’ll be giving him this… 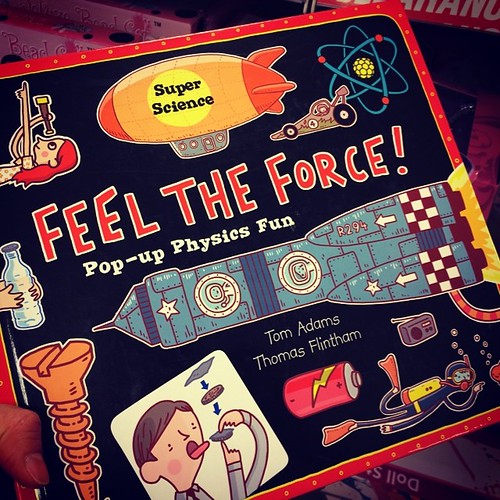