There are so many talented and original yarn sources and hand-dyers in the world at the moment, but I’ve got to say we’re spoiled rotten here in Ireland. We are lucky to have the number of hand-dyers here we do and that inspired me to compile a list to share on the blog.

I am including dyers from Northern Ireland because it is still the same island and this is about region, not politics or Brexit boundaries. This includes the dyer and wool origin, which varies and is as diverse as the colorways and textures we love and appreciate as crafters.

Also, as to not break up the list, I’ve added a Google map with all those listed plus a few photos at the end of this list. This is not any act of preference, it is just that I had those yarns handy to photograph for this post.

If you yourself are a hand-dyer or yarn company in Ireland and are not listed, comment and I’ll add you. If you want to be interviewed for my blog, check out my Be Featured page to learn more. 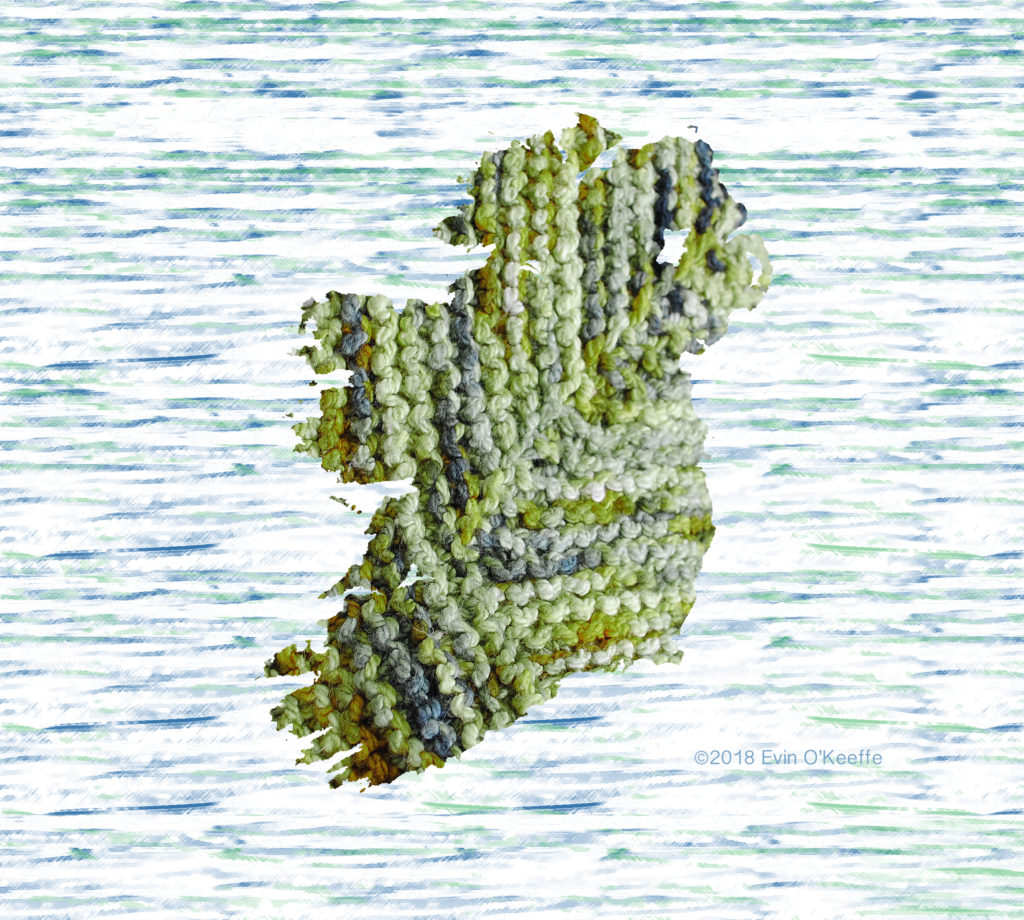 Yarn Companies and Wool Hand-dyers in Ireland and Northern Ireland

Bear In Sheep’s Clothing (NI) – Read my Interview with Bernie

The Fibre Kitchen (formerly of Leinster, now in Berlin, Germany)

Life In The Long Grass (Munster)

The Moon and Sixpence (Munster) – Taking a break

This is Knit LYS Powerscourt, Dublin

I also wrote about my FibreShare and how I curated a ‘Taste of My Island’ package, so having this list separate will make it easier to refer to in the future. What taste of Ireland would you say is a MUST in any care package?

Here are some woolly photos to admire, covet, and lust after. These are yarns I had taken photos of already, no one was excluded for any reason but convenience.

Bear In Sheep’s Clothing has a variety of bases with rich texture and stitch definition and colourways ranging from moody and saturated, bright neon realness to subtle speckled whispers, and everything in between! Bernie is passionate about luxury fibres sourced as locally and ethically as possible. At the moment, that means British wool, spun in Britain. She dyes them in Belfast with love and care, taking the health of the planet into consideration with every step. I also wrote about her 2018 Advent Calendar fade. 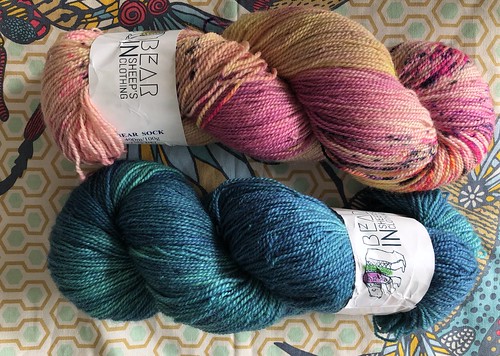 On the edge of West Cork on the epic Mizen Peninsula, Eve Chambers Textiles formerly Eve and Apple is nestled among green gardens and free-range living. Natural fibres plus lush colours equals Eve Chambers Textiles luxury yarns. She works to create yarns that can be crafted into heirlooms. 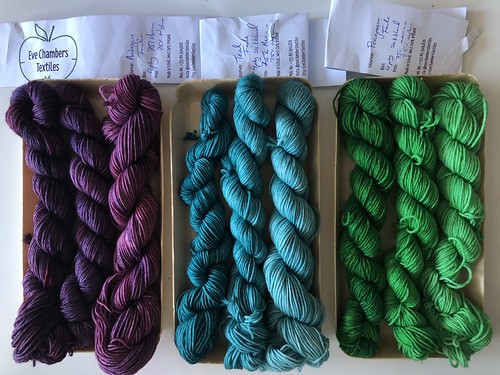 Carol Feller’s Nua, a sports weight yarn, is 60% Merino Wool, 20% Yak, 20% Linen. Each of these fibres contributes something special to create an amazing yarn blend. Nua is non-superwash, which creates a lighter yarn with a bit more bounce, making blocking easier, and keeping shape nicely. Sold in 140 metres per 50g skeins. 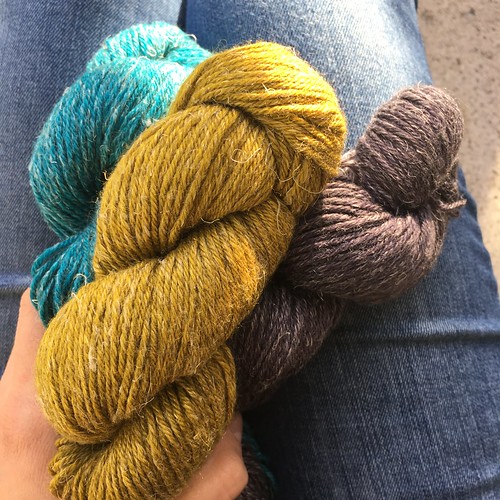 Note: The garter stitch map of Ireland is a photo I took of a BSJ knit by Sue for LB, then I adjusted the colors in Photoshop and put a basic map of this island over it, deleted the surrounding water/sweater, leaving only the knitting that was under the island. Then took a photo I snapped of rippled water from ages ago, enlarged it and used an artistic effect then duplicated and flipped it horizontally, deleted the white from the duplicate, adjusted the colors to be more green, and made that the background.  Thank you to Sue for knitting the original sweater!