We’re back with part two of the woven scarf series and another of Marseille’s creations is in the spotlight. If you missed Tuesday’s post, here’s a link to the Shiny Talon Scarf which is part one. Now, here’s one about a woven rainbow with 80’s flair.

The bold bright colors of the rainbow may seem like summer hues to most, but they are ideally suited for winter and cooler months when the landscape turns grey and a splash of happy is essential. My friend Marseille captured ROYGBIV in a beautiful rainbow Socks That Rock woven scarf and she let me photograph her creation. Then she took a moment to tell us about how she made it. 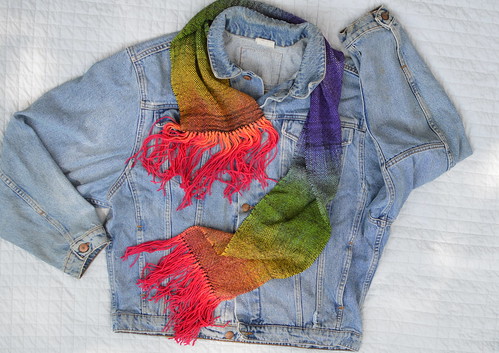 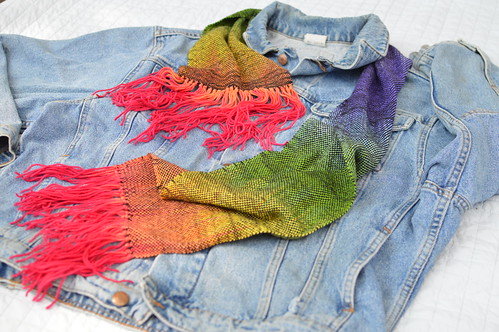 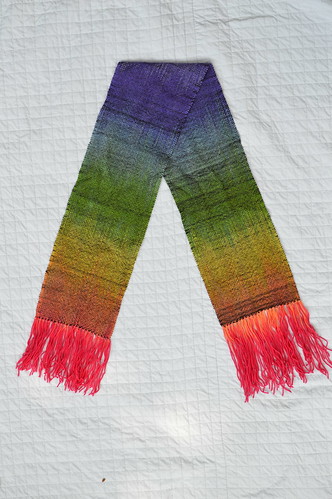 Marseille: “Lesson learned with this scarf, and others made at around the same time–be careful with loose fringe when laundering.  Some yarns are fine as-is (like this Socks that Rock lightweight), and some will fray and almost dissolve if you’re not careful.  Swatch/test, or hand-wash gently, only.  Also–I learned not to leave this scarf lying around, as several friends have tried to steal it!” 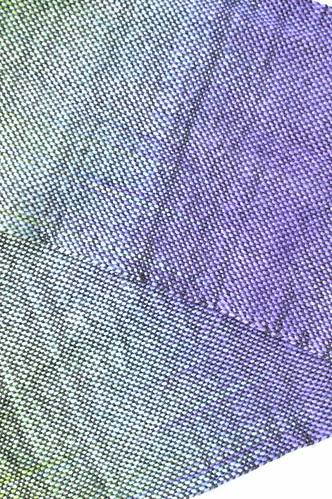 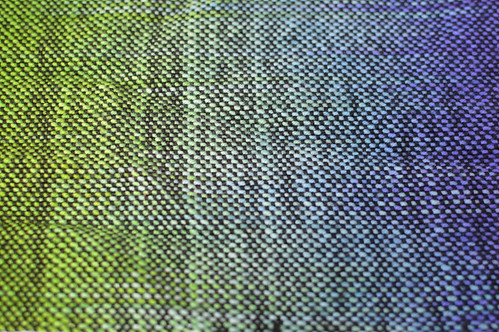 And check out the consistent and well-knotted fringe at each end. 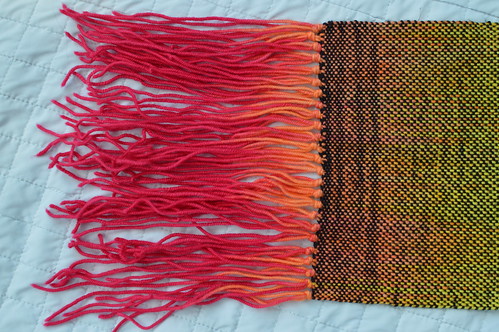 Which color in the rainbow is your favorite?