I recently was looking for an inexpensive portable and expendable creative play project for my son. Something that could fit in my purse for playing at restaurants or when we were waiting someplace. Naturally, Pinterest had plenty of ideas, but I ended up going with an idea my friend suggested. I spent a whopping €1.49 for the multicoloured popsicle sticks and €1.99 for a package of velcro squares. So the entire project cost less than €3.50. I keep them in a zippered bag I had laying around. 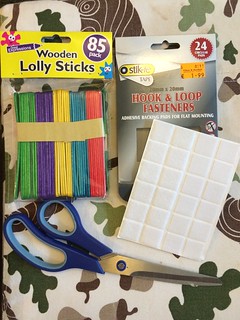 So, let’s take a look at how I made them…

I cut each of the velcro squares in half twice so the original square made four smaller squares that fit perfectly within the popsicle stick edges on each end. 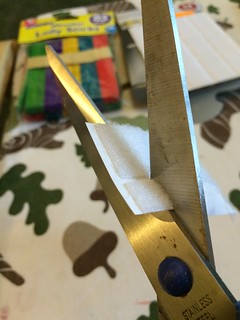 Then I applied the velcro dots to each of the ends. 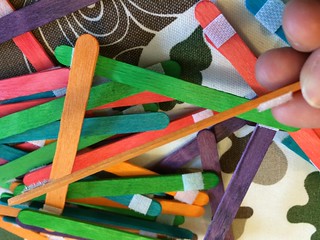 Some of them have velcro on both sides of each end, some don’t. I wondered how he’d use them differently so I mixed it up a bit for creative fun. 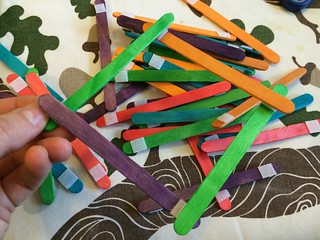 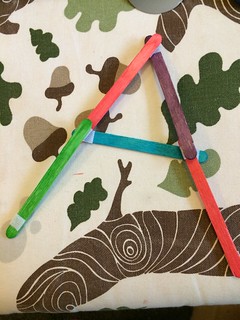 I’m looking forward to seeing what my son creates with them. At the moment he is into letters and numbers, so these should be a nice outlet for creating those shapes, as well as squares and triangles. Maybe eventually a popsicle stick house?