When a free pattern is also a classic, challenging, and beautiful one, it feels like you’ve hit the jackpot – and Mollie Woodworth’s Eugenia’s Mittens are just that! 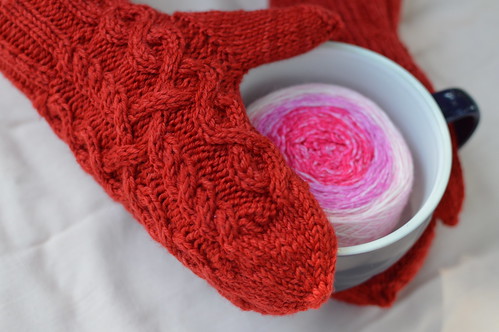 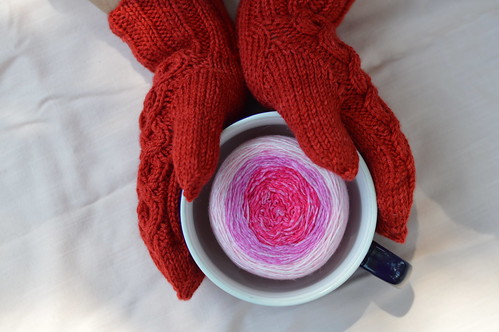 My friend Marseille knit Mollie Woodworth’s Eugenia’s Mittens in less than two weeks in 2011 using Dream in Color Smooshy (colorway: Valentine) she bought at Loopy Ewe in Colorado. She explains, “The deadline was that year’s Loopy Ewe ‘Camp Loopy’ – basically you had to finish a project each month, for June/July/August.  But I also had a vacation in there, and the socks I’d envisioned just didn’t work.”

Originally, she intended to use the Dream in Color Smooshy for socks. She explains, “I’d started some socks, but the pattern was too involved to be a take-along project, and I wasn’t making enough progress to finish by 8/15 [Anne Arundel County Fair]. So I frogged and started these on 8/3.” 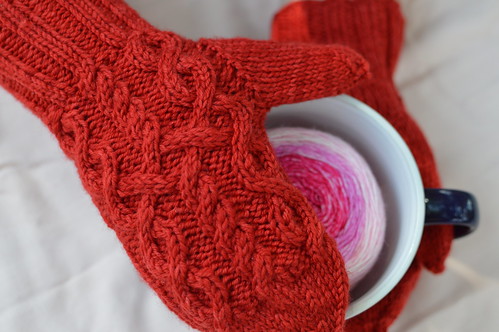 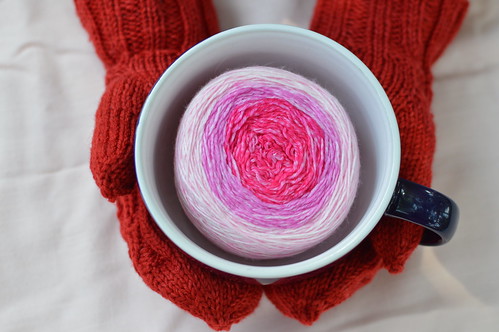 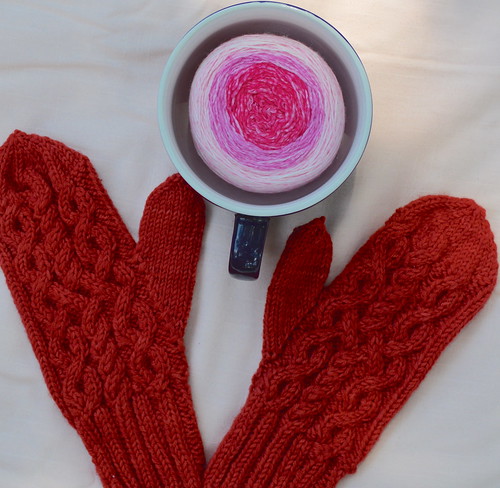 No surprise, these mittens won a Blue Ribbon at the Anne Arundel County Fair in September 2011. 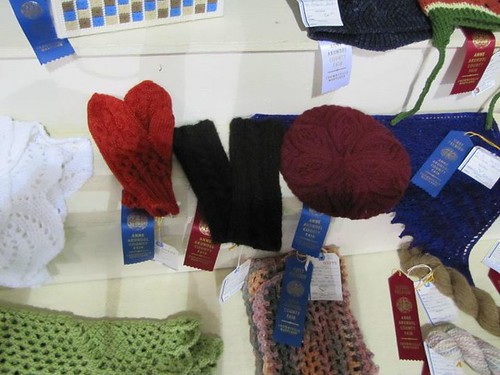 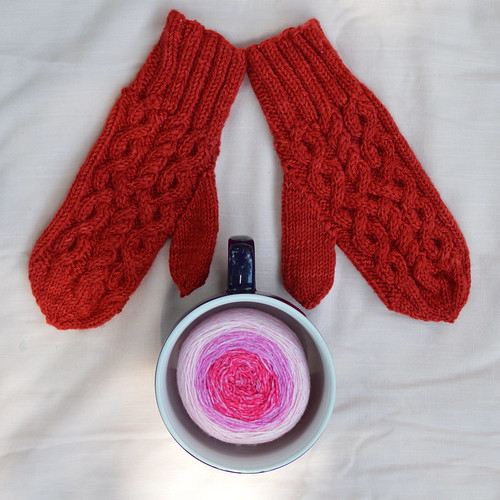