Today, I’m sharing guest post today by Louise Palmer-Masterton, founder of multiple award-winning restaurants Stem & Glory. Though I am not 100% on a plant-based diet, I eat several aligned meals each week and gravitate toward meat-free foods in general. I find Louise’s approach to be approachable because it isn’t expecting each of us to do it all. It also doesn’t put the blame on those who’ve been exploited with low-paying labor. So being able to share this guest post is a nice reminder to keep on keeping on. This post is interspersed with photos from Louise of her restaurant and some of the dishes I’d love to try next time I’m in London. 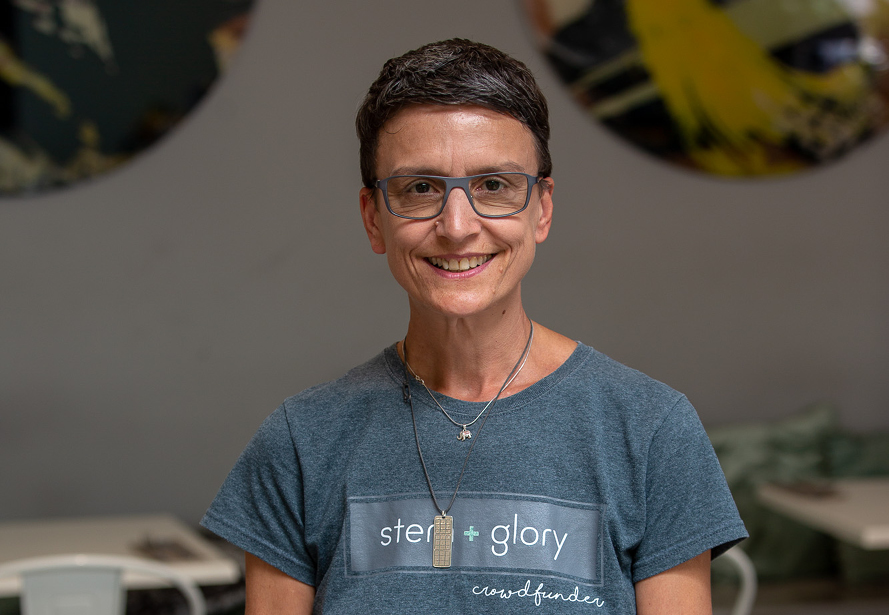 Recently, I went to the premiere of David Attenborough’s new film ‘A Life on our Planet’.

Described as his ‘witness statement’, the film contained a plethora of compelling statistics that defined the devastating problems we face if we do not stop destroying our planet. The film shows the numbers for the rapid increase in global population and carbon in the atmosphere, and the accompanying sharp decrease in unfarmed natural land.

It is a stark message. By losing the biodiversity of our land, we are fast accelerating towards extinction as our planet struggles with the excess demands placed upon it. The earth has finite commodities, but we are acting like they are limitless.

The film does however end with a ray of hope. Attenborough lays out the steps we need to take in order to quickly redress the balance and allow the planet to recover.

So how can we make a difference with our own actions?

You might think that most of this list is beyond the sphere of influence of an individual, with international action and financial incentives needed for this to happen on a global scale.

Whilst it’s true that international action is needed, we can all instigate actions that make a difference. Some of these involve supporting non-profits in a financial sense, but many of the actions we can take are changes within our own lives and habits which are not disruptive or costly. They simply involve making more ethical choices in our purchasing decisions.

Consider donating a small part of your income. Attenborough states that to achieve the eradication of poverty, education, particularly of women, plays a huge part. Camfed, a charity directly impacting the education of women is one example of an organisation working towards this aim.

Actively seek out products that are making a direct impact by rewilding. For example, we work with a tea supplier called Reforest Tea. For one 500g bag of breakfast tea, which costs us £12, they are able to plant 6-8 trees. They also sell tea bags direct to the consumer. Perform your own mini sustainability audit and eradicate products that are known to be directly responsible for deforestation. For example, palm oil is one of the main reasons that the rainforest has been destroyed, so eradicating it in your home is a great way to make an impact. 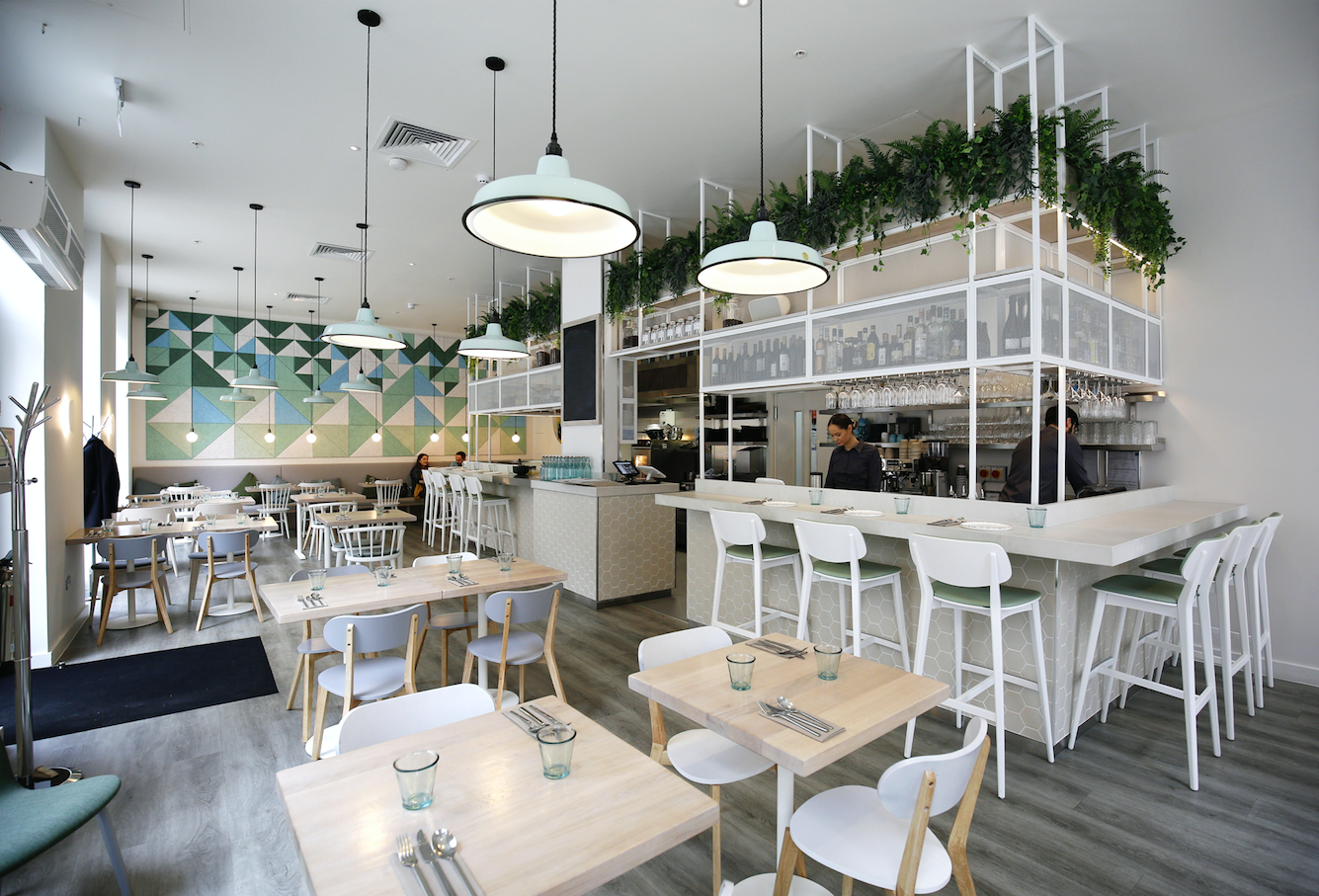 Obviously as a vegan brand we are hoping that the whole world will eventually refrain from eating meat. But even if you are not vegan, the fact that 65% of all the mammals on this planet are farm animals, their devastating carbon impact and land use cannot be overstated.

It’s simply not sustainable for the 11 billion animals on the planet to eat other animals. But what does this mean for you? Although it might feel like your ‘choice’ currently, eating meat is already becoming regarded as unethical, and this will only increase in the future. Now is the time to explore the many, many plant-based options that are available and have a lesser carbon impact, and fall in love with plant-based eating.

We can all make a huge impact by simply moving to renewable only energy sources in our homes. There are a number of these now, including the most established Ecotricity and Green Energy. The government’s recent announcement that it aims to ensure every home in the UK is powered by renewable energy within 10 years is a huge step in the right direction. You can make that switch now.

Land Use – where does your produce come from?

I was struck a few years ago when I saw Berhard Lang’s ‘Mar de Plastico’ (sea of plastic) – an aerial photograph of the 350 square km plastic greenhouse in Almeria, Andalucia, Spain. It is so big it can be seen from space. It has a huge environmental impact due to the extraction of water, the degradation of the land, the pile up of waste, and the terrible 45 degree working conditions for its mainly migrant workers. It had an instant impact on me and changed my purchasing decisions for good.

I used to think if something was labelled grown in Spain, it was tended by a rustic farmer, in a gentle nurturing way, I literally had no idea of the reality. By contrast, I visited Amsterdam in February, in those heady days before Covid-19, where there are some super exciting projects with vertical and urban farms. The Netherlands are a big exporter of vegetables because of this. They get a greater output from a much smaller footprint and are by far more ethical than the Spanish counterpart.

It’s complicated of course, but educate yourself, read about it, challenge your own beliefs. Bernhard Lang is an artist bringing awareness to man’s destruction of the planet in a whole new way. It’s powerful the role that art can play in this movement. For me, one image changed everything. 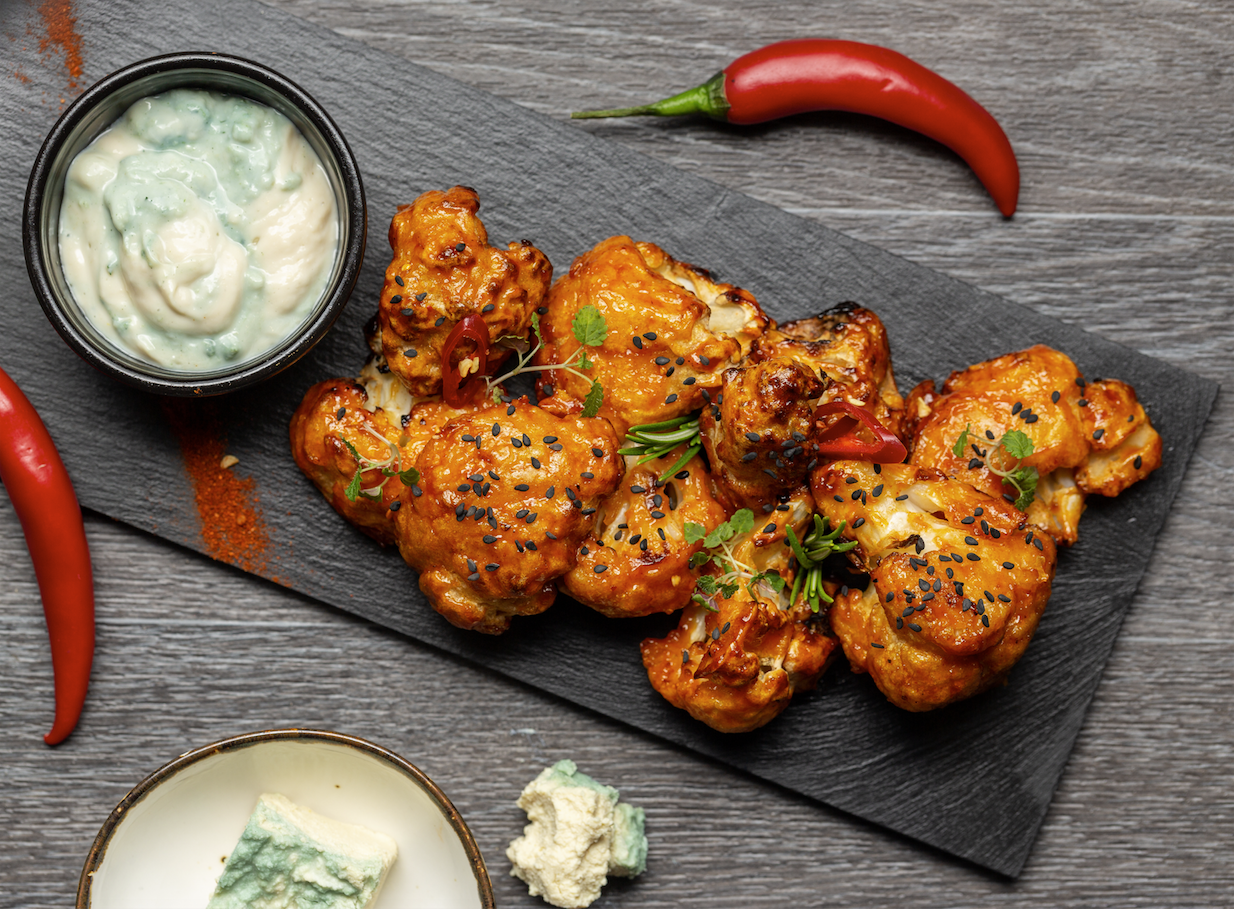 Waste. Probably the biggest issue of all.

More than one third of all food produced across the globe is wasted. And with regard to fruit and vegetables, it is almost half. In the developing world this waste is largely down to inefficient processing, poor storage, and insufficient infrastructure.

In medium and high-income countries (that’s us) whilst supply chains can still be an issue, the behaviour of consumers plays a much greater part. We are simply buying it and not eating it. Much of this food waste could be avoided if it were managed better. The hard fact is, if we managed to reduce the amount of food waste by just 25%, that would be enough food to feed the 870 million who currently do not have enough to eat.

There is a huge amount of misinformation out there on this subject, especially with regards to single use. I watched a short film recently, called Our Planet, Our Business and one of the experts said, ‘there is no such thing as waste, it’s just a commodity in the wrong place at the wrong time’. That really struck me. Packaging is a complicated subject that we, at Stem & Glory, have been immersed in researching for some time, and here is what we have learned:

At Stem & Glory, we are currently fitting out a new site in Cambridge. The driver behind our decor is reuse and recycle as far as possible. It’s been great to see that there are so many new products on the market that are composed of recycled post-consumer waste. We predict that this will explode massively in the coming months and years. From table-tops to worktops, paint, flooring, concrete, lights, innovation is everywhere. And it looks completely fab!

As part of this process we have also been able to get our entire team on board – from designers to contractors, all are now also committed to the reuse and recycle way of living. This is an example of choosing to buy recycled to fit out the restaurant, but as a consumer you can do the same; when decorating, or buying household items think about the purchasing choices you are making; and buy planet friendly.

This is probably the best way we can win hearts and minds to tackling climate change. Never underestimate the contribution that an individual or a single business can play. By changing ourselves we generate spirals of positive influence – the R number of sustainability! The more you make changes and tell others, the more people you will influence for good. 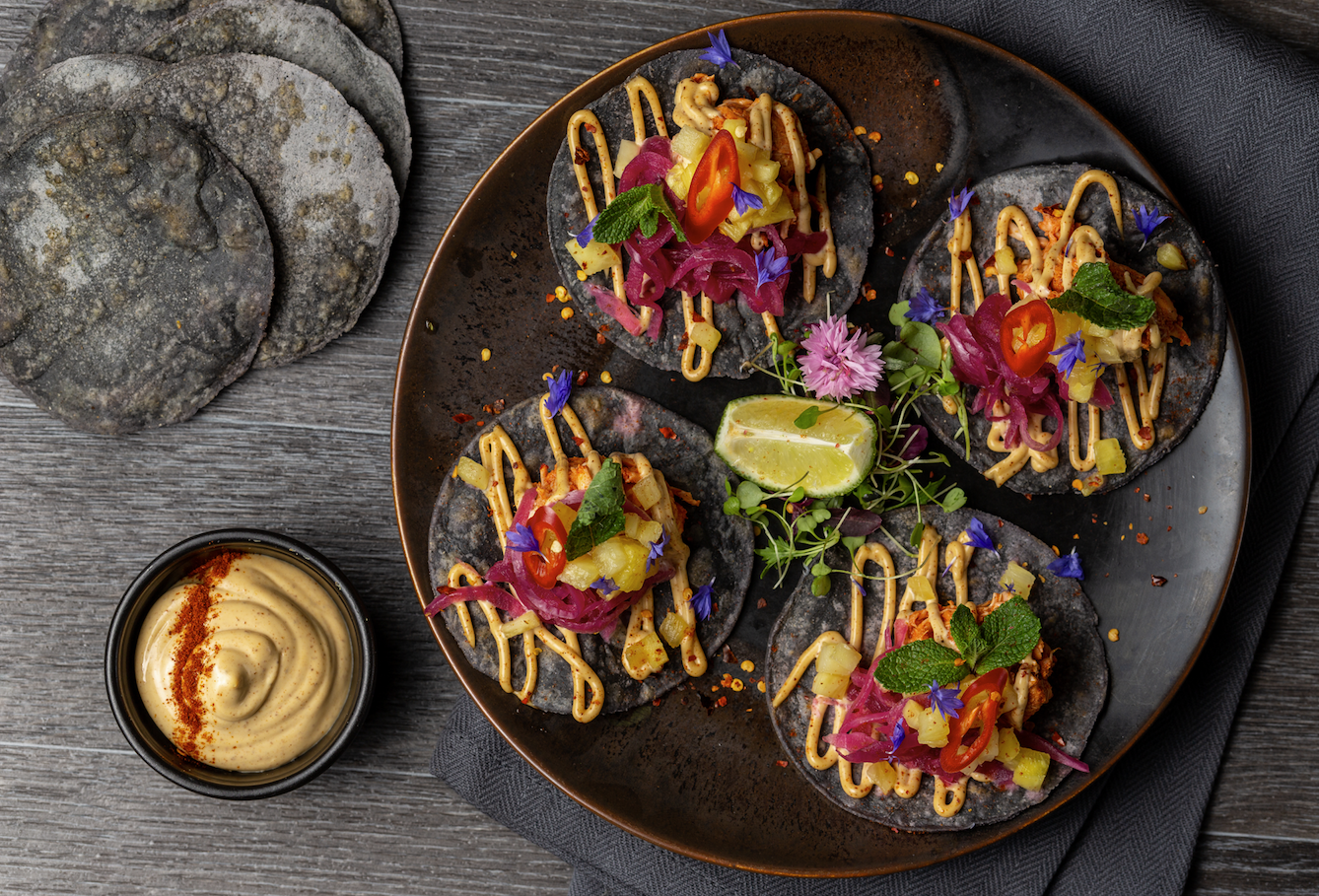 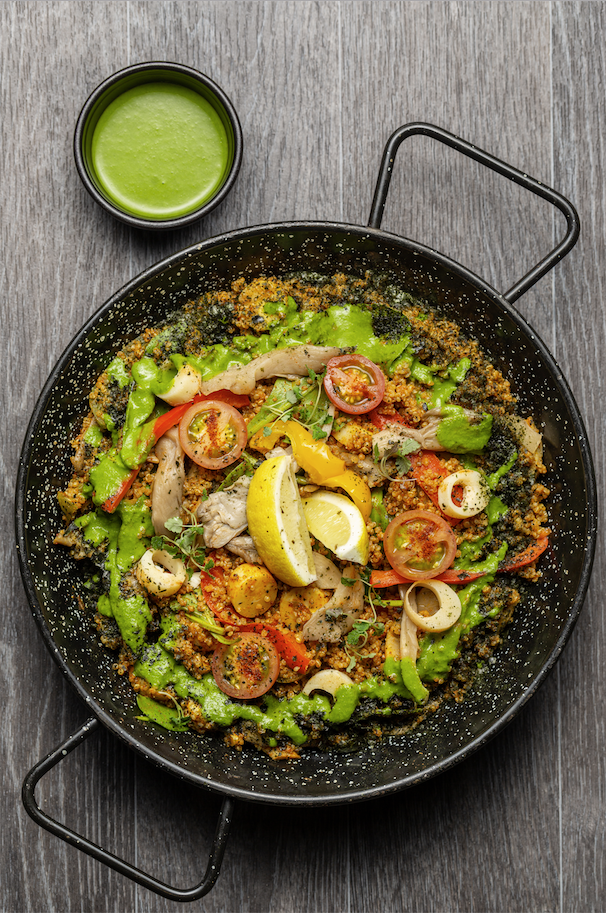 All photographs are property of Louise Palmer-Masterton and used with her permission.