This is a different post than my usual because it is very personal. Heck, it includes a photo of me breastfeeding so this is clearly not a post about how I made blackberry waffles with Siracha-maple syrup. Here, today, I am opening up about my breastfeeding journey with my second child who was born in 2016. It is not graphic in any way, but a bit sappy.

I never thought I would find such comfort in breastfeeding my infant. With my firstborn, breastfeeding was painful, cumbersome, and unfulfilling for both of us. I lasted a brief eight weeks until I grew too discouraged. Most of his actual fuel was from formula. We never really got the hang of a proper latch and shields are about as comfortable as high heels for me. My milk supply was not impressive. My body had a growing hepatic hemagioma for which I would later have surgery, so it makes sense I had challenges.

So, in 2016, when I discovered I was expecting my second child, I was determined to make breastfeeding work.

Well before my due date, I arranged with a local lactation consultant, Orla Dorgan of Lactation Talk (website and Facebook page), that she would come to our home around the due date (exact day/time to be decided when baby arrived) and she would listen to my goals and expectations about breastfeeding, then help me and baby achieve them. I was not exactly sure how it would work, or if it would work, but I wanted to try. 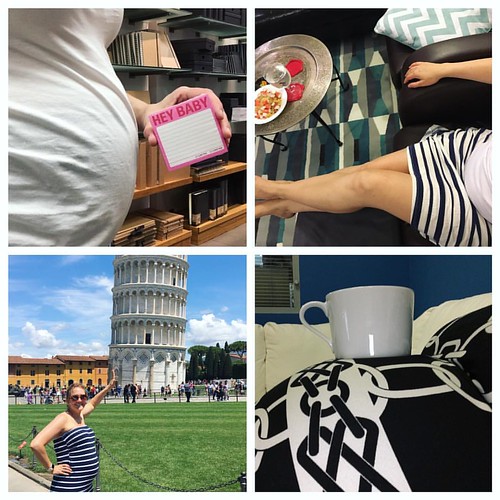 Orla is a dedicated professional who takes medical history, birth circumstances, and every element of a specific situation into account when evaluating how best to breastfeed. Orla was profiled in the Irish Examiner in January 2017 for her work. She recognises that mother and infant are a team. Irish Examiner also had a piece in 2014 with breastfeeding stats.

Baby Bumblebee made an early entrance at a tiny 5.5 pounds, so we started Bee off with formula in the hospital then once at home continued with freshly expressed breastmilk and formula top-ups. I invested in an electric breast pump to protect my milk supply. Honestly, aside from expressing, bottle feeding, and trying to sleep, those first couple of weeks were a blur. 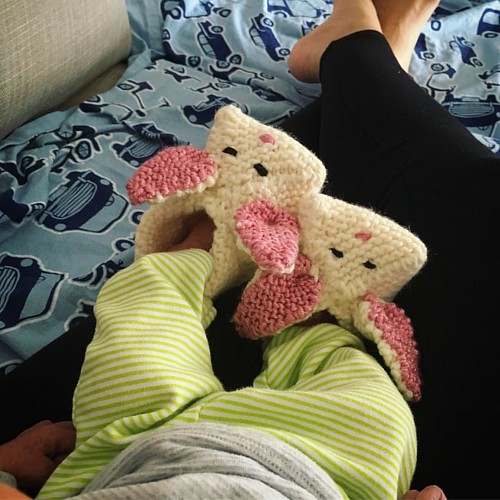 When Orla came for our consultation, she was delighted I had persisted with expressing my milk. Then Orla asked about my goals. My goal was directly breastfeed baby Bumblebee for half his feeds for at least six months. “Directly” meaning that Bumblebee would latch without nipple shields. “Half his feeds” because I wanted to be realistic and doubted my milk supply would be enough for all his feeds (which was true). “Six months” because that would get us through the bulk of flu season and winter, offering Bumblebee my immunity as well as nourishment. It seemed reasonable, but would be a challenge. Bumblebee had yet to latch without shields and though I had milk, it was not a huge amount. “Nearly two-thirds of women polled considered six months or longer the idea length of time to nurse. Yet only 62 percent of moms worldwide were able to pull it off, compared with 49 percent of American moms.” according to Parents.com (more stats).

Orla worked through her checklist and by the end of the consultation, we had set a customised plan of action on how to proceed. Using her advice, I faced the daily/hourly issues of latch and supply with determination. I had someone in my corner who knew what to do! This fortified my spirit in ways I could not imagine.

As an expat/immigrant, I am more isolated than I would be had I welcomed my children to the world in my hometown. The tribe of women I have known most of my life are not nearby to offer their experiences and advice. It can be isolating, especially when facing life milestones, loss, and challenges. I am blessed to have a few cherished friends here, don’t get me wrong, but in these pivotal moments having the right person is key. Orla was the expert I needed. 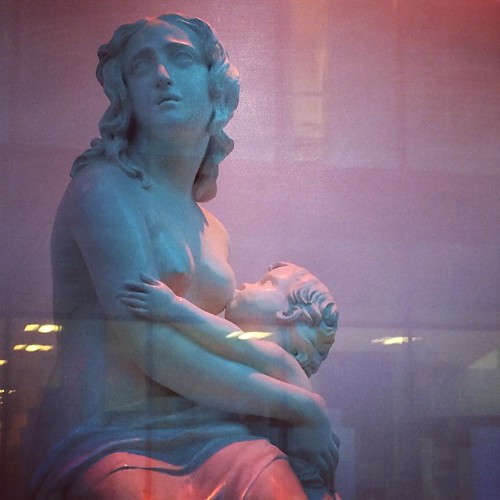 Every time I fed Bumblebee , I followed the planned approach and, finally, after eight weeks Bumblebee latched directly! So many times in those two months I was ready to quit trying. Like when he cluster fed for a week and I was a bridesmaid in the midst of it, tethered to the pump! It was exhausting and disheartening at times, but I remembered I was doing everything right and had someone in my corner who helped me devise this solid plan. And, even when it wasn’t working the way I wanted, Bumblebee was still being nourished as he needed to be. But after that latch started working for us, we were flying! Popping out for lunch was never so easy since I had my breasts and their accessible milk. That was when the meaning of breastfeeding changed for me. 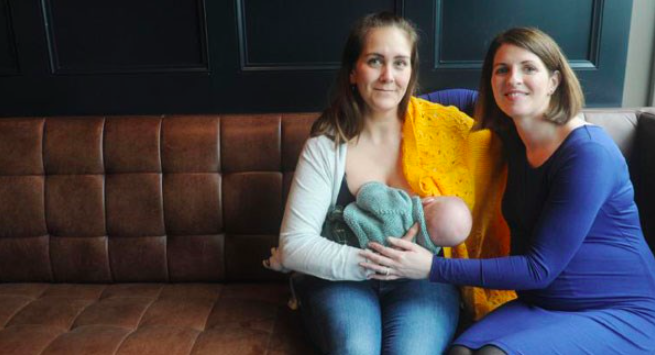 There it was, me and him. That was it. No thin layer of pretend nipple between us, just us. We could be anywhere and had what we needed. It was surreal. Our nursing time was our own. It was a sobering reminder that in this world so filled with strife, tragedy, and struggle, in those moments of time I could protect A from everything looming around us just for a few minutes. While he nursed, the world faded away with its anger, selfishness, buzz words, prejudices, and insecurities. It was just us. I cherished those moments.

Until It Didn’t Work

Then one day when he was about six months old, Bumblebee was not at all interested in breastfeeding. He wanted cheeseburgers. No, I’m not kidding (photo below of Bumblebee making a grab for my dinner). It was like a switch flipped and he went from the simple pleasures of mama-made milk to the allure of cheeseburgers and pizza (which he did not receive, in case you’re wondering). It came about when we took a trip to France and maybe the cuisine was just the inspiration he needed, but he changed from my little new baby to a big baby with an eye towards growing up. It was too soon. It was too early. He was my last baby and I was not ready for his last feed.

I had a five-year-old, I was accustomed to child-led timelines and milestones, the latching on and letting go of raising an independent yet well-loved child, but I was not ready for Bumblebee to let go quite so early. I went from producing enough for over half his feeds to producing droplets. I was crushed.  Breastmilk being good for him and me loving that time with him led me to try every supplement, power pumping, and everything under the sun to increase my supply to entice him back to breastfeed. What I did express was included in his intake, so he did get another three or so months of my milk, but not the same volume as before. Ultimately, it was my inner strife that caused it to seem like an issue though. I had, after all, met my goal.

I wanted something and Bumblebee wanted something else. This was his first step toward making his own decisions and I was sad, but I knew that he was strong (and well-nourished) which reassured me that I needed to trust him. Of course, the fact that our lactation consultant and GP both reassured me that he was healthy and his growth was excellent (at age nine months, he was 19 pounds). And I had reached my goal with the help and support of my husband, my lactation consultant Orla, and my close friends who lovingly listened to me talk about my milk supply way more than anyone should.

I tried to win him back to breastfeeding for over the next months, but to no avail. I was tilting at windmills and knew it. He was happy, nourished, and oblivious to my efforts. One of the greatest skills I have drawn upon as a parent so far has been the ability to listen and assimilate what my child is expressing into parental action. Is the throwing his shoes on the floor defiance or is he scared to go someplace new without me? Is spitting out the mashed potatoes a sign he dislikes the food or is the metal spoon too big for his mouth? Is he leaving his bed at night to be away from something or closer to us? It was time for me in all my sleep deprived glory to tune into Bumblebee’s message and let go.

It was time to listen to Bumblebee and he was telling me to let go of this phase. With this new time I am not spending expressing and the emotional energy of second-guessing myself freed up, I can focus on being the mom he needs in his next phase of babyhood. I needed to let go so I could devote the same energy and love to what he needed. 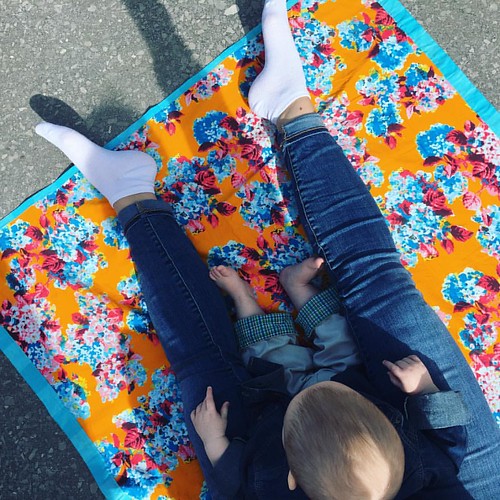 Side note 1: Did you know there are secret breastfeeding areas in Cork City? Though no one ever gave me a sideways or angry glance for breastfeeding in public (and I did it a lot, but discretely), there are dedicated private spaces. Boots on Half Moon Street at Paul Street has a room upstairs for diaper changing and breastfeeding. Penney’s on Patrick’s Street will let you use the first changing room to breastfeed, just tell them. Sometimes media portrays breastfeeding mothers as pariahs, but I have found the complete opposite to be true and am so fortunate to have had a positive experience with Bumblebee to balance to challenge it was with L.

Side note 2: My work situation was not a factor in my breastfeeding goals because I had ten months maternity leave. 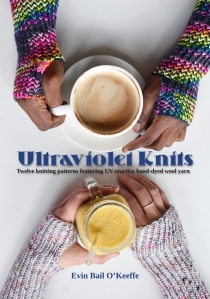