We are on tooth watch here at home as LB is about to lose his first tooth. It’s all very exciting and to channel his enthusiasm, we decided to design and sew a custom tooth fairy pillow.

LB chose Pokémon fabric and bright bias binding tape for his pillow, both of which I had handy.

Then we looked at various designs and settled on a simple pouch without a closure for the Tooth Fairy to have easier access. The idea of a tooth-shaped pocket seemed fun but he worried the tooth would slip down and be hard to reach. And a larger pocket accommodates Pokémon cards, which is what he is hoping the Tooth Fairy will bring him instead of money.

I used a long strip of fabric and cotton batting, which would be folded in on itself to create a pocket. 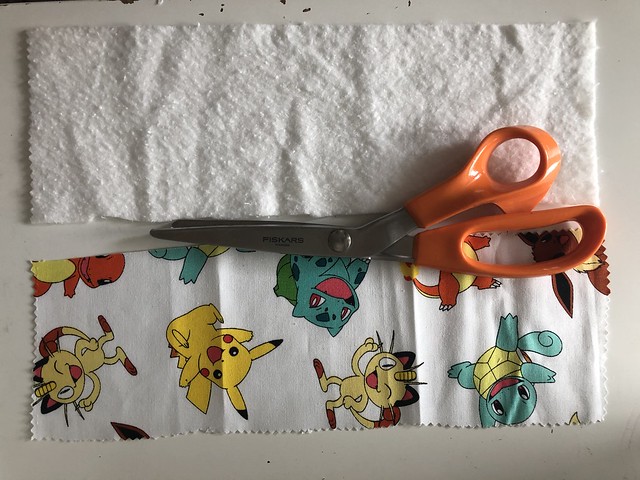 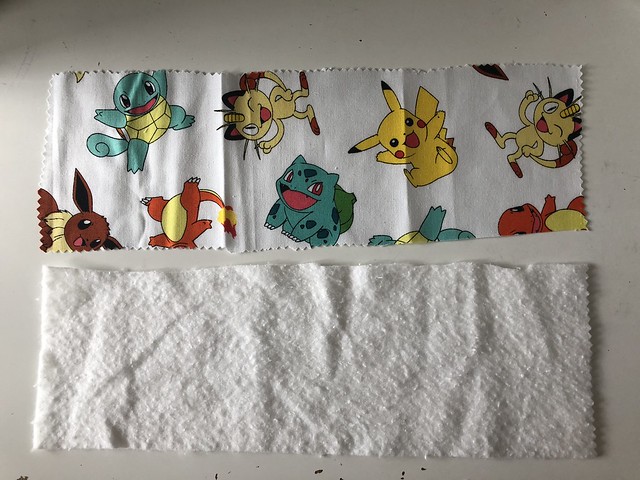 I folded the fabric in on itself, so the fabric would also be the pocket lining. 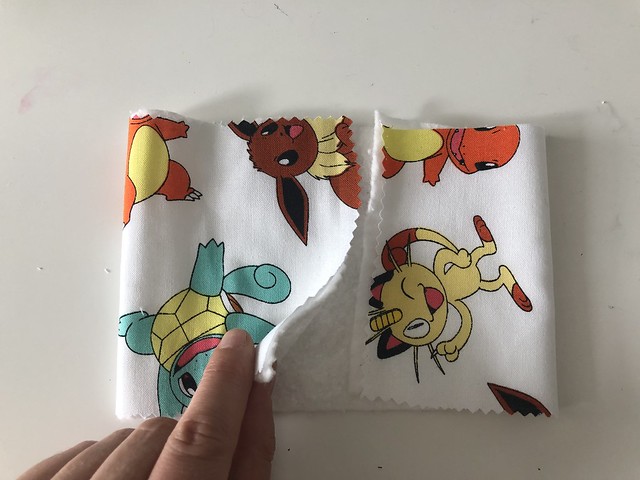 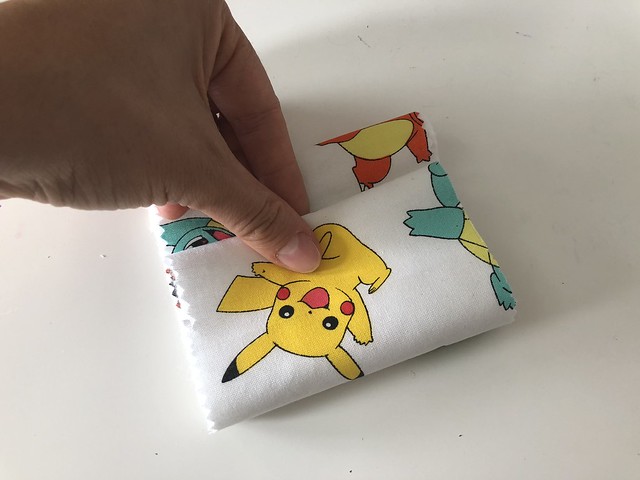 To secure the edges in an attractive way, I used bias tape in an orange gingham which coordinates with Charmander. 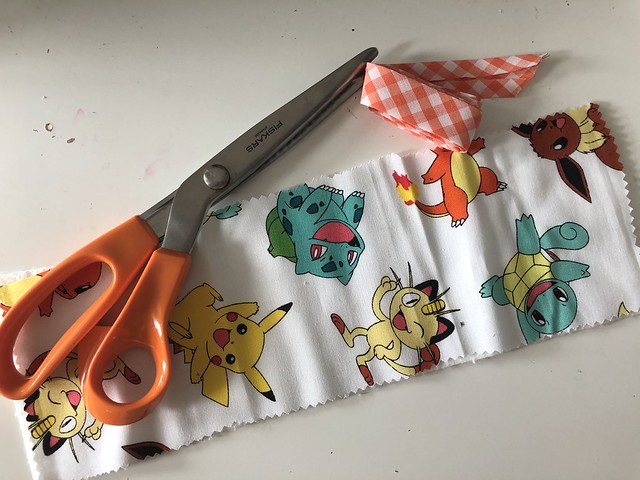 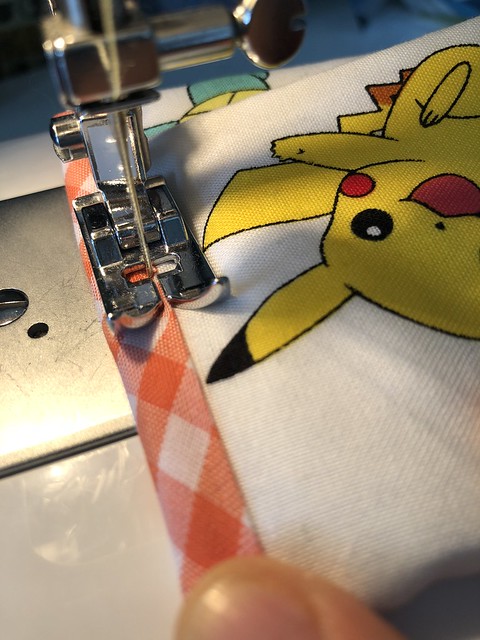 I added extra stitches for texture and visual interest, but also to secure the inside of the pocket. My machine was acting up, so the stitchwork isn’t up to my usual standards, but it’ll be dark when the Tooth Fairy sees it. 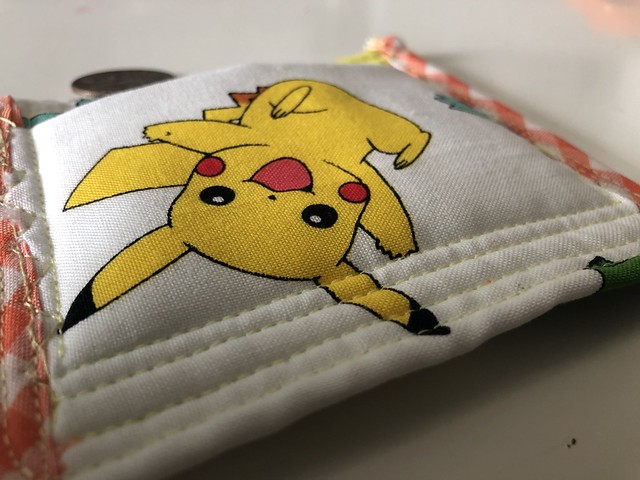 The result is simple and effective. The fabric and bias tape really make it lovely. LB was thrilled. 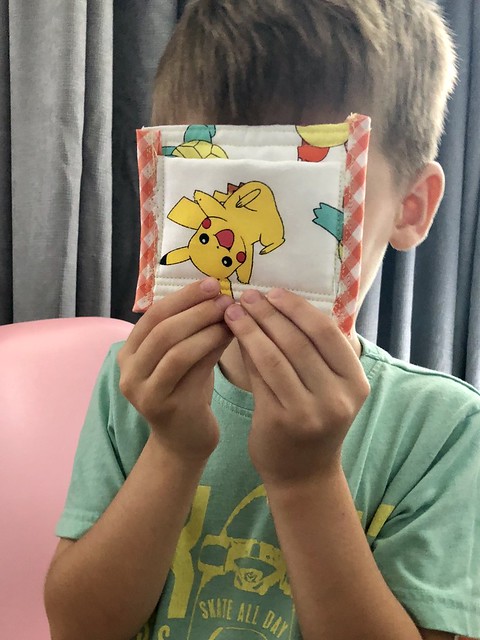 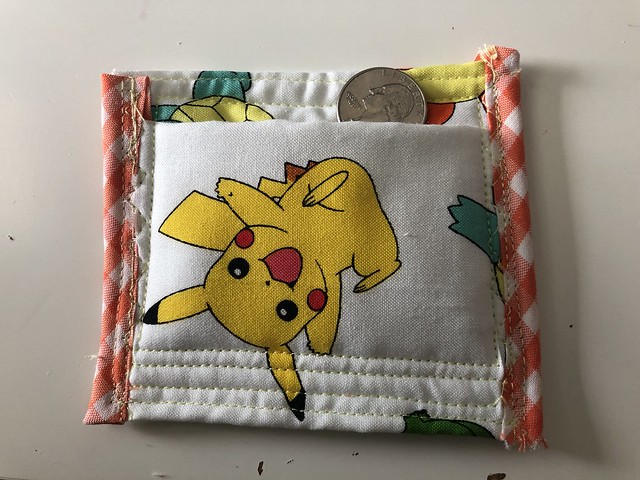 So, now we just wait. He had seen episodes of cartoons focused on lost teeth so he was concerned it would fall out and be lost. I explained that is rare and he stopped walking around with his hand covering his mouth. Here are the episodes:

Llama Llama and the Loose Tooth 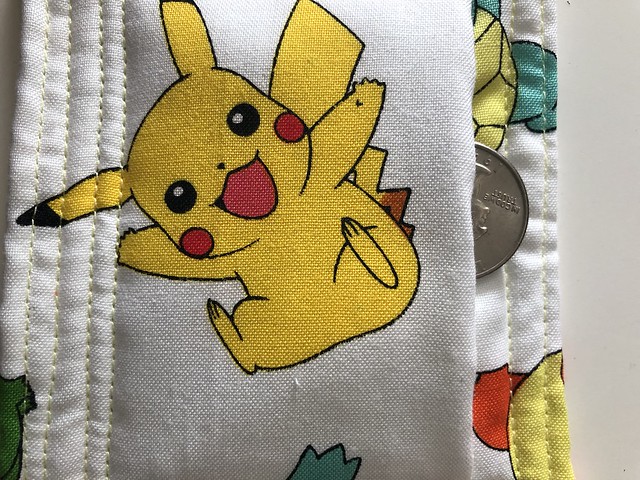