LB and I love to do crafts a few times a week. I often forget to take step-by-step photos as we’re hard at work, but sometimes I do and today’s post is focused on one of the projects when I remembered! LB adores one of my colleagues and she adores elephants so he wanted to make her an elephant. It was all his idea to make one, then he left it up to me to figure out how to make it approachable and actually do-able. We decided to make a clothespin elephant so it’s both adorable and practical, but also easy to make for toddlers and mommies.

We looked at what supplies we had handy in our craft creel (I should really explain that sometime) and found one wood clothespin, some sheets of felt, and washable markers. I then found some glue and scissors in my desk since things like that stay out of reach in case LB ever feels inspired to be crafty on his own at least he will just be using the supplies and not the sharp or gooey bits.

I drew an elephant on construction paper so we’d get the idea of its shape then placed it atop a sheet of felt. Then I cut the felt in the shape of the elephant while LB decided on his marker colors. 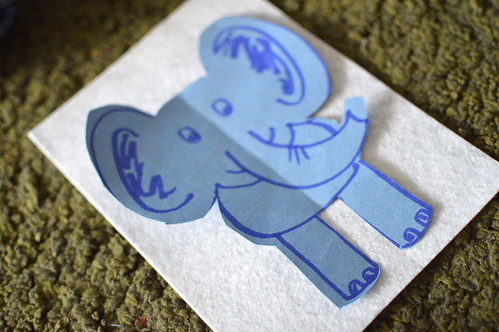 I then drew the basic details on the white felt, such as the eyes and trunk so LB, who is only three years old and more of an engineer than an artist at the moment, could have a starting point for his own colouring. He immediately jumped in and added splashes of marker on Miss Elephant. 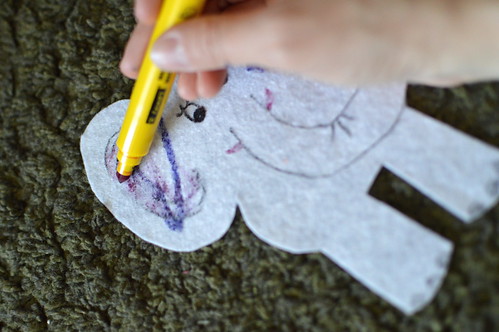 While he did that, I went to work cutting a crown for her to wear since my colleague is from County Kerry, which is known as “The Kingdom.” 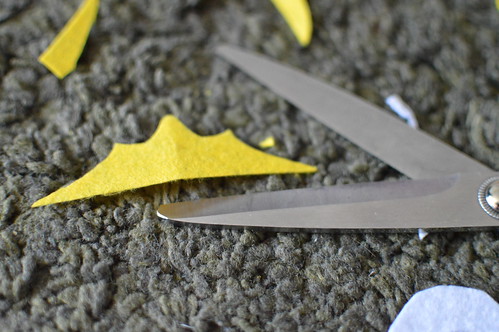 It suits her, don’t you think? We checked placement before securing with glue. 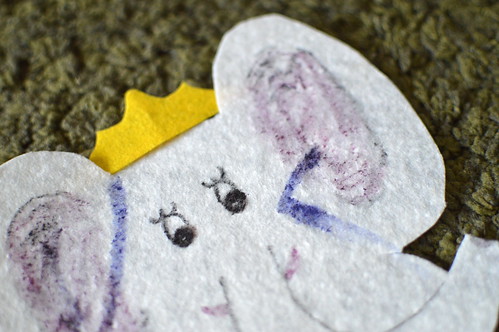 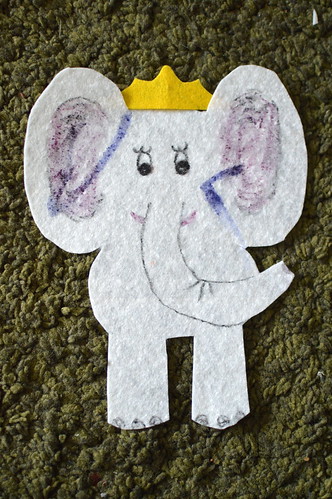 Time for the crown to be glued onto her ears. 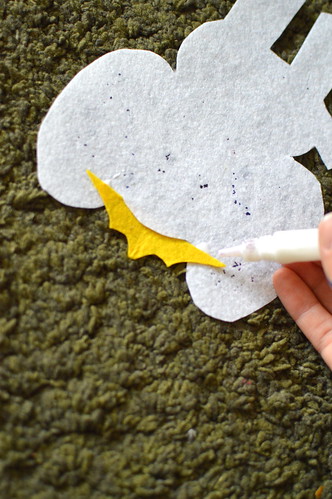 The final step was to secure the wood clothespin with glue onto the back with the clip bit facing down. 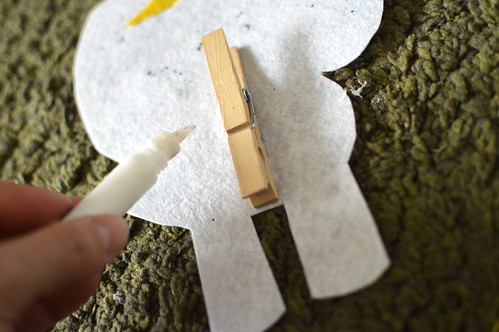 And that was it! The whole project took about one hour with LB and me teaming up our crafty superpowers. Had I made it alone, it would have taken about 20 minutes, which is good to know for future party favours or crafty gift ideas. Like, to cut red felt in heart shapes and glue the clothespin on to create a custom garland of photos for Valentine’s Day or a bridal shower. Here Princess Elephant is doing her best work holding up LB’s latest artwork. 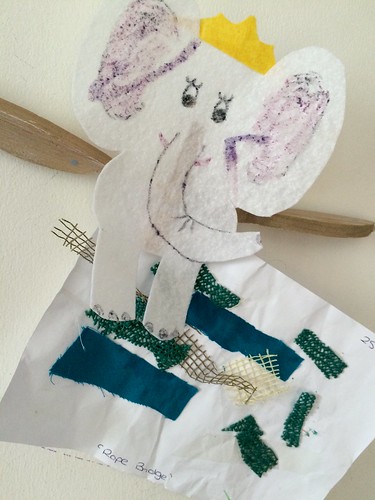 Isn’t she lovely? What is your favorite animal that you’d want to make into a felt clothespin?